In 1897, an idea came to fruition to create a new concert hall in Québec City to welcome the vaudeville shows proposed by several promoters, but the project was delayed due to the Catholic Church’s fierce disapproval of professional theatre. 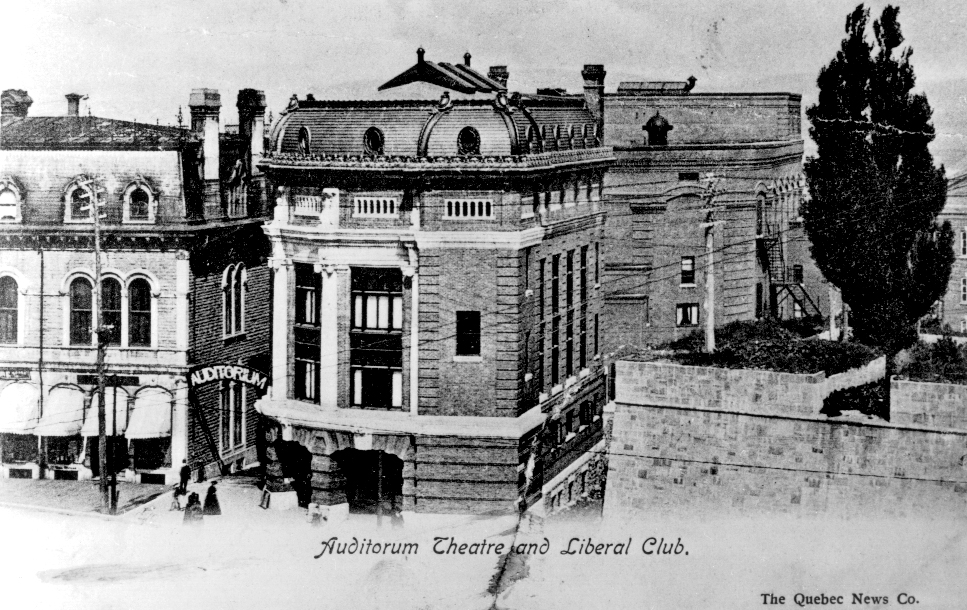 In 1902, after a few unsuccessful endeavours, Québec City’s Mayor, Simon-Napoléon Parent, founded la Compagnie de l’Auditorium de Québec Limitée along with several businessmen, and became President of this organization. This company negotiated with Canada’s Ministry of Militia and Defence to use the Saint-Jean Bastion, retaining the services of American architect Walter S. Painter to build the venue that was to be called l’Auditorium de Québec (the Auditorium of Québec).

After several months of construction, the new building was inaugurated with great fanfare on August 31st and September 1st, 1903 with two concert performances by the Société symphonique de Québec (predecessor of the current OSQ).

The Auditorium presented vaudeville shows, amateur and professional theatre productions, opera and variety shows, both in English and in French. The vaudeville shows were lively, humorous situation comedies that were full of surprises, and featured the talents of singers, dancers, comedians, acrobat-jugglers, ventriloquists, and magicians.

Celebrities such as Sarah Bernhardt, in 1905, and the famous soprano Emma Albani, in 1906, graced the Auditorium’s stage during their farewell tours.

On March 29th, 1918, at the heart of World War I, a riot broke out when an estimated 12,000 people congregated in Place d’Youville to protest the draft that made it mandatory for every Canadian adult male aged 20 to 35 years to enroll in the army. The protestors set fire to the draft offices located in the Auditorium building, causing damage to them. Firefighters managed to contain the blaze, and limit it to the structure only. 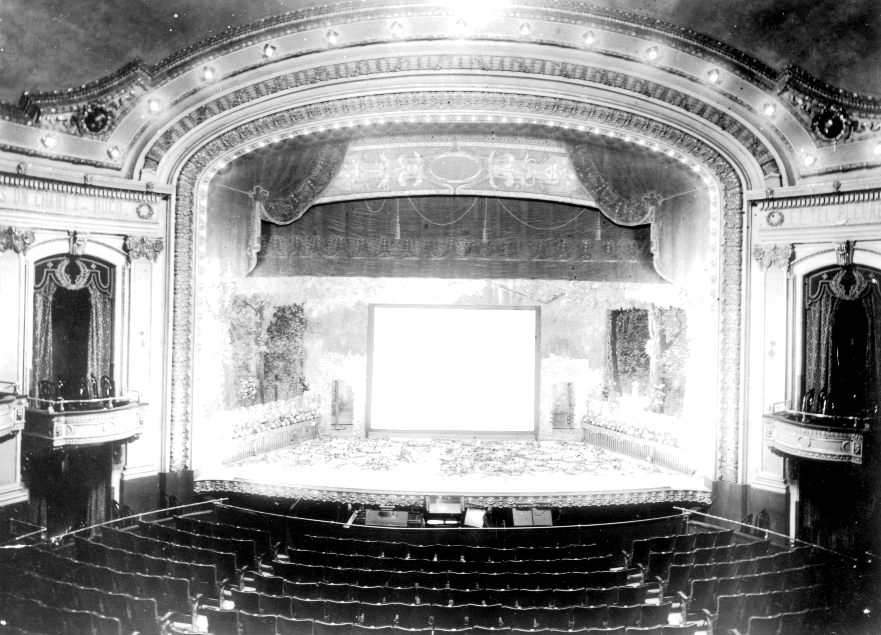 In the following months, the Compagnie de l’Auditorium repaired the building, adding a large screen to the concert hall, to project American silent movies which could be accompanied by music, with or without a live orchestra.

In the 1920s, the growing popularity of silent movies imposed the notion of a building that is more adapted to showing these “moving pictures”. In 1927, American architect Thomas W. Lamb is given the mandate to design the renovation project. He had already designed several cinemas and theatre halls across Canada. Québec architect Héliodore Laberge is chosen to assist on the project. 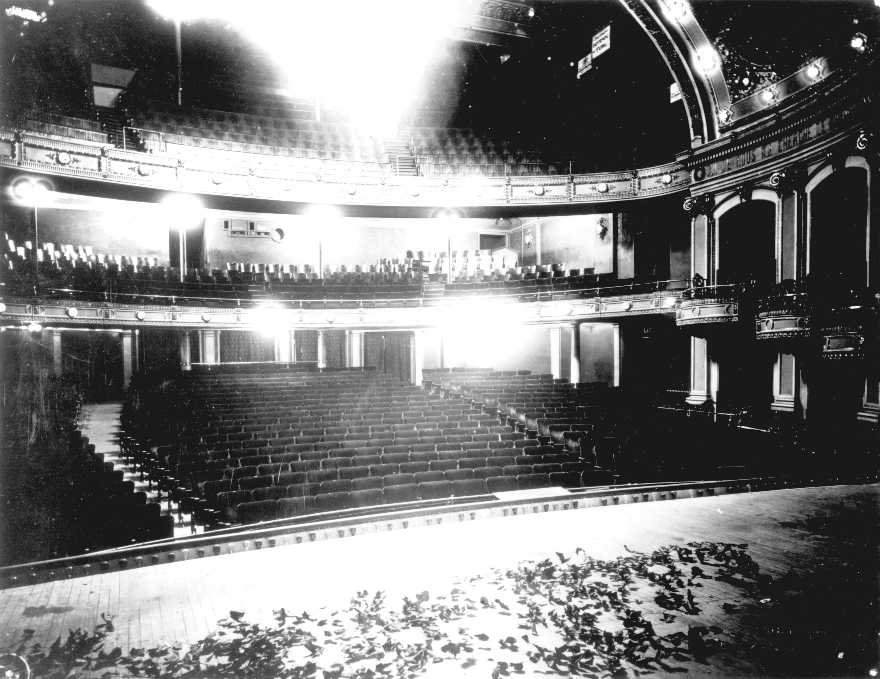 For the occasion, the concert hall is enlarged to accommodate 2,000 people, by replacing the two balconies by one that is prolonged to the rear of the theatre. The lobby is improved and interior design enriched as cinematographic equipment and a Casavant organ to accompany the projection of silent films, are added.

In 1930, the Auditorium partners with the Famous Players film distribution company and changes its name to Capitol, a name used to designate many concert halls throughout North America. Shortly, the “talkies” replace silent movies in the heart of the public. 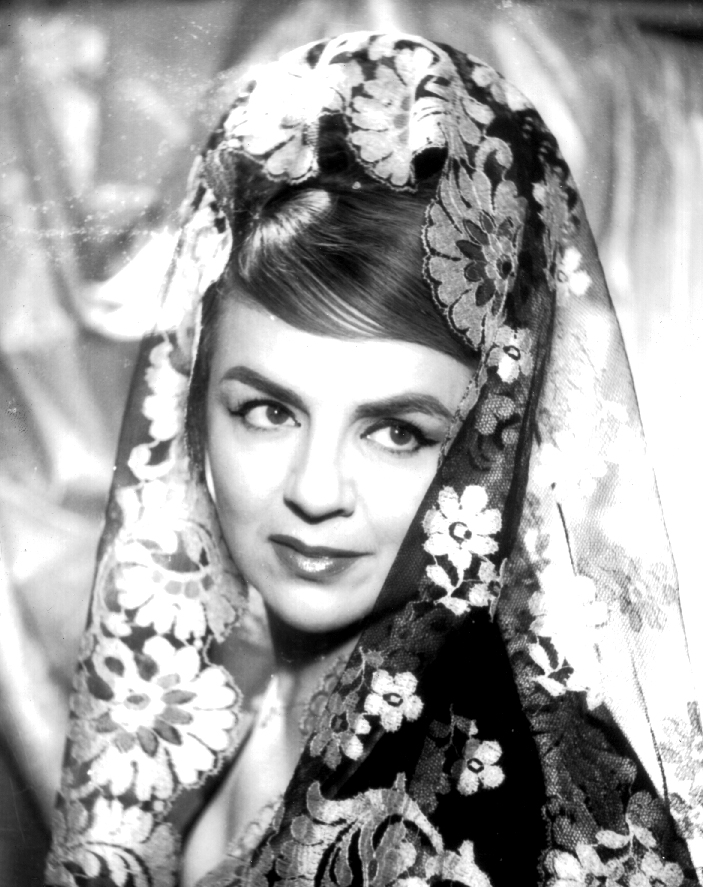 The Capitol created a real buzz around Place D’Youville. In 1932, in the middle of the economic recession, Québec City’s administration decides to build the Palais Montcalm on the foundations of a former market place. This building houses a swimming pool, a library, and a vast concert hall with more than 1,300 seats, welcoming the Québec Symphony Orchestra as well as many famous French singers.

In 1935, the third floor of the Capitol’s offices housed the studios of radio CKCV. On the air since 1926, this radio station would broadcast from this emplacement until 1974. 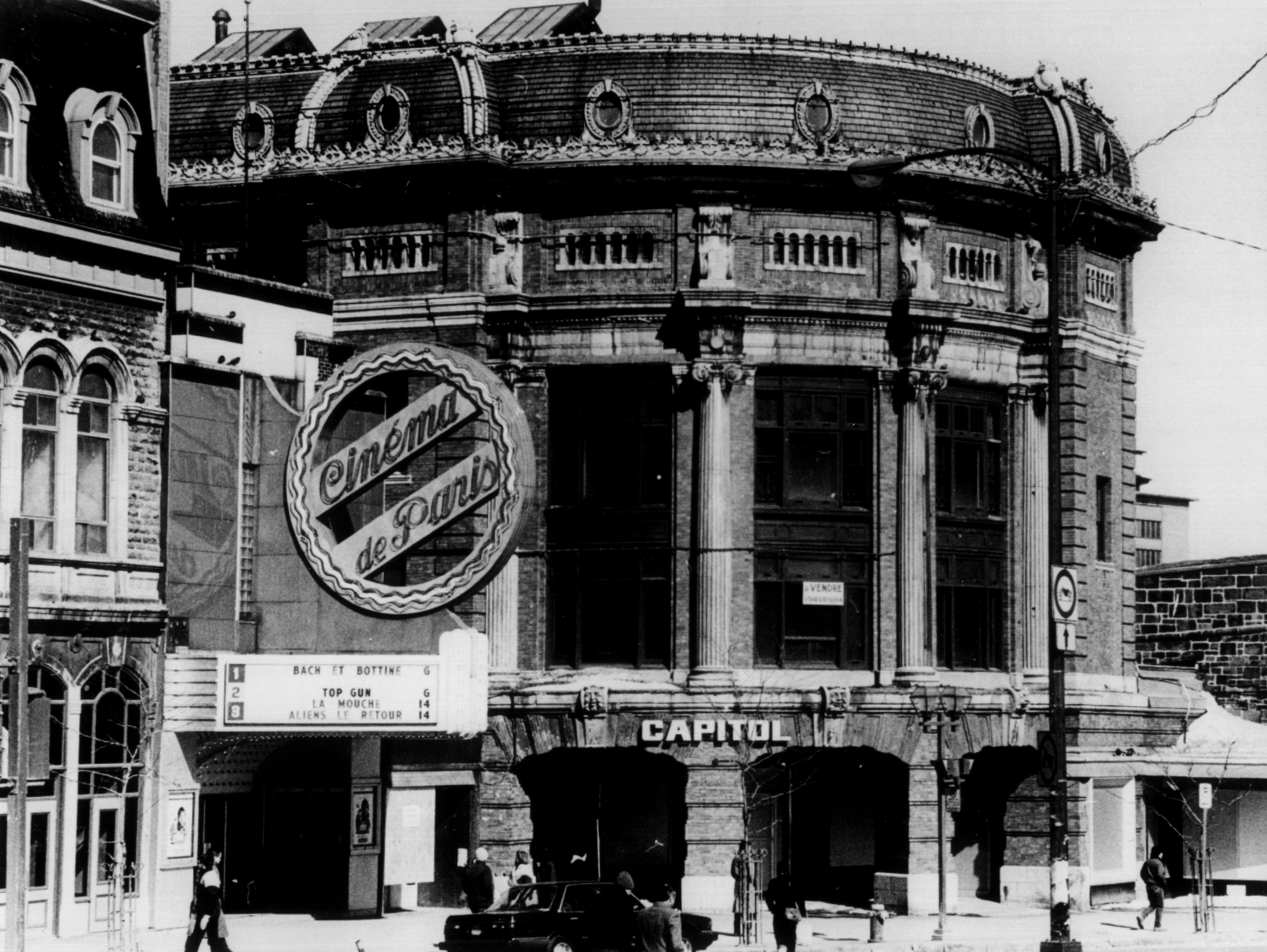 The Cinéma de Paris opened its doors in 1948 right next door to the Capitol and would offer France-Film imported exclusive premieres.

In the 1950s, the Capitol welcomed a new generation of popular French singers such as Yves Montand, Gilbert Bécaud and Charles Aznavour, as well as crooners such as Georges Guétary, Carlos Ramirez, Nelson Eddy, and Luis Mariano.

In the 1960s, they presented classical ballet and folk dancing from Canada and abroad, Québec and European French theatre productions, as well as fashion shows and regular movie projections.

Some major events alto took place at the Capitol. For example, on October 9th, 1951, a gala evening was held for Princess Elisabeth and her husband the Duke of Edinburgh. In 1953, British filmmaker Alfred Hitchcock held the world premiere of his movie I Confess, filmed in Québec City the previous year. On October 11th, 1964, the Royal 22nd Regiment played in our concert hall for the very first time to honor the 50th anniversary of its foundation.

The competition created by the new suburban theatres and new media had a negative effect on the Capitol’s cinematographic activities. Moreover, the opening of the Grand Théâtre de Québec, that subsequently became the City’s main concert hall, with its enhanced technical possibilities and other advantages, announced the definite downfall of the Capitol’s role in the city’s cultural life, by drawing a large proportion of the artists and public away from Place d’Youville.

On April 7th, 1981, after being such an integral part of Québec’s cultural life for 80 years, the Capitol ceased all activities. The premiere of Gilles Carle’s movie Les Plouffe brought closure to a significant chapter in this building’ history.

With no new projects to ensure profitable operation, the building, unoccupied and emptied of its content in the summer of 1983, was put up for sale by the owner, Famous Players.  The decline that had begun in the 1960s only got worse.

The building was bought in 1985 by a land developer for a commercial project. Some demolition work was done, but the project was ultimately abandoned. Water infiltration damaged the interior. The stained-glass pieces and lobby chandelier were stolen, and the building suffered vandalism.

In 1984, the Capitol was designated as a Heritage Building by the Department of Cultural Affairs (Culture and Communications). This decision was made to protect the building, and required that the owner obtain authorisation from the Minister before doing any restoration of demolition work on designated Heritage Buildings.

In 1986, the Capitol was also designated as a National Historic Site of Canada by the Historic Sites and Monuments Board of Canada. These protection statuses are added to that of Old Québec Heritage Site afforded in 1964, and that included the Théâtre Capitole de Québec. In 1985, Old Québec’s historic district was added to the prestigious UNESCO World Heritage list.

Nearly a decade after the Capitol closed its doors, a group of record, show and television promoters purchased this Heritage Site, wanting to bring it back to life. Their project consisted in turning the building into a 1,400-seat concert hall offering different types of cabaret-style productions, a 40-room hotel, and a restaurant. The architectural firm of Denis Saint-Louis and associates based their plans on extensive historical research to restore, recycle, set up to standards, and significantly expand the building, while preserving its unique characteristics.

All these interventions led to the complex’s rebirth in the heart of Place d’Youville’s urban setting. The project received numerous architectural and heritage prizes, and was unanimously praised by the population, elected officials, and planning and design experts.

Le Capitole has also presented major musicals such as Cats, Generation Motown, Ladies Night, Les Misérables, QuébecIssime, Sherazade, The Man in Black (a tribute to Johnny Cash) and Saturday Night Fever, productions that received a warm welcome from the public and stayed on for several presentations. However, it is Elvis Presley (1935-1977), the greatest legend of rock’n’roll, who solicited the most enthusiastic response from the crowds. It all began with the Elvis Story variety show, which told the story of this great international star, from his humble beginnings to his death. This show was presented at le Capitole de Québec from 1995 to 2007 (summer seasons), as well as in 2009 and 2010. Elvis Story was the most popular variety show in the history of Québec showbusiness, and was presented over 1,500 times worldwide in front of nearly 1.7 million spectators. The Elvis Experience show then took over until 2016. In this new show, the famous singer is once again personified by Martin Fontaine, accompanied on stage by several musicians and backup singers.

Le Capitole de Québec thus contributed to Place d’Youville reclaiming the pivotal cultural role that it had lost. The refurbishing of Palais Montcalm in 2007 and the arrival of Robert Lepage’s Théâtre Diamant has consolidated this “showplace”, of which le Capitole is the cornerstone.

Le Capitole is the only standing example of the grand theatre halls built between 1900 and 1930. It is an exceptional example of the transition from true theatre halls to auditoriums converted into movie theatres. In 1903, when it was built, the architect Painter made the most of the narrow lot, creating a stunning yet harmonious façade. He developed a plan divided into three distinct parts connected by a corridor and built around a central foyer, a witness to the architectural concern to integrate the building to its somewhat challenging emplacement; relatively modern for its day, it was inspired by the Beaux Arts architectural style, borrowing later ideas from the Second Empire stylings. The layout of the monumental façade and choice of exterior ornamental details are typically classic in their style.

The 1927 transformation project is one of the most successful examples of the fusion of two decorative styles: one of Louis XIV inspiration and the second, more present, inspired by the Adams brothers. Le Capitole is part of the fifteen or so select urban theatres in Canada built or refurbished in the 1920s by New York architect-consultant Thomas W. Lamb for large American chains such as Loew’s, Keth Alber and Famous Players.

During its restoration in 1992, the architects respected the work done during the two previous phases of the building’s evolution. Careful attention was given to conserving the spectacular interior design, its most remarkable spaces being the foyer with its marble staircase, and the concert hall, both restored to their former glory.